Leila Jancovich reacts to this week's report that government investment in the arts in London far outstrips that in the rest of the country. 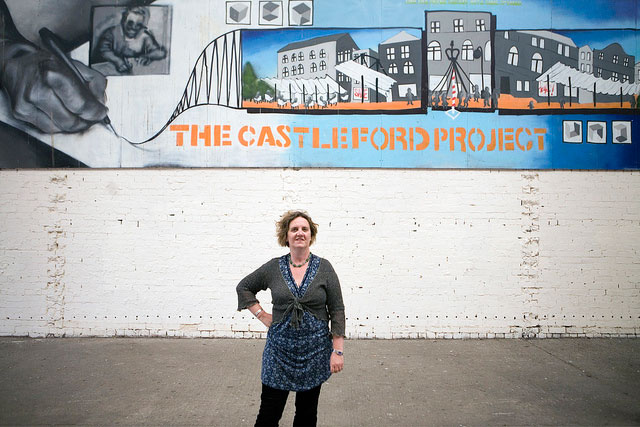 A new report on arts funding in England has produced a massive response in the press. There have been articles in all the broadsheets and speedily constructed radio panel debates on the “news” that £69, of government spending in the arts, is spent per head of population in London in comparison with a measly £4.60 per head being spent in the rest of the country. Shocking figures indeed but perhaps for anyone who has studied or worked in the arts and cultural policy sector the real surprise is that there is any surprise in this, either for the press reporting or the respondents commenting. This inequality has been a feature of UK cultural policy since the formation of the Arts Council after the Second World War. The figures are freely available, and despite changing political agendas over many years and varying rates of investment, both up and down, the picture has remained essentially the same.

The reason the report has been launched now and the fact that it is garnering such interest is significant however. DCMS are currently implementing the second wave of its savage cuts on the Arts Council, which saw a 30% reduction in government investment in 2010 with a further 5% cut being implemented as I write. The campaigns to influence how these cuts are implemented are underway, with calls from some to safeguard our national arts institutions; others call for a radical re-evaluation of how the money is distributed. This report is part of this lobbying process.

It recommends that whilst direct government investment in the arts should remain the same, with the majority being invested in London, lottery money, whose remit has always been to support new and additional activity, should be redistributed to address the national imbalance, with a remit to fund per head of population. Whilst I would argue that this does not go far enough in redistributing the inequalities in arts funding many on-line respondents have been quick to accuse the report of being divisive, at a time when they argue that the cultural sector needs to unite against the cuts.

But in reality the sector is no more united than our society is large, and the rhetoric of “we’re all in it together” is as dishonest for the arts as it is for the broader economy. In a recent blog I was asked to write for Arts Professional I wrote that despite the enormous cuts in the arts under the coalition government “some of the creative industries have been doing well with tax breaks under the coalition and if we look at the 30% reduction in funding the Arts Council received in 2010, only 15% was passed onto the regularly funded organisations. The remainder was taken from the Lottery and despite claims that the lottery pot was getting larger, this fact along with the proliferation of strategic initiatives coming out of the Arts Council, has seen devastating reductions in the success rates from Grants for the Arts for new project and individual artists. Despite the first ever open application process for regularly funded organisations not one national arts institution lost its funding, whilst many smaller regional and touring companies did. Participatory arts organisations are also generally accepted to have suffered the most in the funding cuts, from the Arts Council and Local Authorities, despite being the area most likely to engage the unengaged. So any intelligent discussion has to not just ask the public to value culture, but to ask what culture we should value. Rather than such discourse being seen as divisive to the arts sector, we need to realise that the calls to be united serve the interests of those who already have a voice, far more than those who have not.”

The arts council response to this week’s report challenges some of the figures, but more significantly argues that whilst funding may be made to London organisations, the benefits are felt more widely, with work touring to the regions. A spokesperson for DCMS is quoted as justifying the imbalance on the grounds that London “"is also a magnet for overseas visitors, many of whom visit the capital because of its outstanding cultural offer, boosting the national economy and helping growth."

So the question really is what is arts funding is for? If it is for London to be the producer of art, and sent it out to us to gratefully receive in the regions, the Arts council may have a point. If there is anyone still left who believes economic trickle down works then perhaps DCMS also have a point. But for most people who live and work in the regions I think we would expect a real distribution of funding that sees work being both produced by as well as consumed by a much broader range of people than those who are currently engaged. At Leeds Metropolitan University I run a knowledge exchange network on participation and engagement in the arts, to debate some of these issues. Our next meeting on 12th February 2014 will be a public event for the residents of Leeds to consider where they would like arts funding being invested.