by Susan Watkins and Rachel Connor

What will happen to writing, books and libraries in an apocalyptic or dystopian future? And does the answer to that question have anything at all to do with gender? These were among the questions we wanted to begin to try and answer at our recent event with twenty 15-18 year-old young women and their English teachers from Belle Vue Girls’ Academy in Bradford. We also wanted to get them, perhaps for the first time, to begin writing their own dystopian or apocalyptic story.

The event was part of the national Being Human festival, led by the School of Advanced Study, University of London, in partnership with the Arts and Humanities Research Council (AHRC) and the British Academy. The annual festival – which this year ran from 15 – 24 November – aims to promote public engagement in humanities research. This year the theme was ‘Origins and Endings’. The Leeds Beckett team received a grant from the AHRC to support the running of the workshop.

The day began with a tour of our venue, the Leeds Library. The library was founded in 1768 as a proprietary subscription library and is now the oldest surviving example of this sort of library in the British Isles. This year is its 250th anniversary and as part of the celebrations the library is opening up its collections so that people can come into contact with its rich treasure trove of literature gems and develop an understanding and appreciation of the Library’s part in Leeds’s history and its role in its future.

Carl Hutton, CEO of the library, showed us all around, told us a bit about the library’s past (its oldest book is about 500 years old) and speculated a bit about the future of reading books: in the basement, for example, is a treasure trove of Victorian fiction that exists nowhere else, not even in the British Library. But much of it is suffering from red rot, so how long will it last? He also told us about the library’s ghost! The students from Belle Vue loved exploring.

Next Susan Watkins, Professor of Women’s Writing at LBU, gave a short talk about the long tradition of women’s dystopian and apocalyptic writing.  Dystopian and apocalyptic fictions like The Hunger Games and Divergent series are so popular right now with young adult readers: all of the students had read these books or seen the films, but didn’t know that women have been writing in the utopian and dystopian mode for a long time.

They were introduced to early examples such as Charlotte Perkins-Gilman’s Herland, first published in 1915, and Rokeya Sakhawat Hossain’s 1905 Sultana’s Dream. Hossain was a Muslim Bengali writer who created a feminist utopia (called Ladyland) in which women’s role is in the public sphere and men are secluded: the opposite of the traditional South Asian practice of purdah. We also covered the impact of more recent books like Margaret Atwood’s The Handmaid’s Tale (1985) (as well as the TV adaptation) and especially Atwood’s notion of ustopia, which she refers to in her book In Other Worlds (2011) as ‘a word I made up by combining utopia and dystopia – the imagined perfect society and its opposite – because, in my view, each contains a latent version of the other’.

We finished up by exploring some recent dystopian and apocalyptic works by BAME women writers like Octavia Butler and Nnedi Okorafor.

The key point about these novels is that they do imagine writing surviving, but also changing, after an apocalyptic event. None of them are nostalgic for the past, or concerned to preserve earlier literature unaltered; instead, they are all about embracing revision and transformation in the written word, literature and culture and society as a whole. And this positive attitude in the face of threatened extinction or a dystopian future is possibly what is different about contemporary women’s dystopian and apocalyptic writing.

In the afternoon, we got our young women to take the first steps to begin writing their own dystopian or apocalyptic story, to give them a way of ‘owning’ dystopian and apocalyptic culture, encouraging them to contribute to this culture by engaging in their own writing practice.

This part of the day was led by Dr Rachel Connor, who is Course Director for our BA (Hons) English with Creative Writing, and a published novelist, script-writer and author of short stories. The work that the students produced was amazing, showing attentiveness to sensory detail and awareness of narrative voice. It will be developed further over the coming weeks by Michelle Scally Clarke, Writer in Residence at Belle Vue Girls’.

Michelle’s residency at Belle Vue is supported by our second partner organisation for this event, the charity First Story, who bring professional writers into secondary schools serving low-income communities to work with teachers and students to foster creativity and communication skills. By helping students find their voices through intensive programmes, First Story raises aspirations and gives students the skills and confidence to achieve them.

Rachel then finished up the day by sharing how she has re-imagined the future as apocalyptic in her own work, including in the prize-winning short story ‘How to Curate a Life’ and the novel she is currently working on, which compares the 2015 floods in Hebden Bridge with the 2004 tsunami in the Indian Ocean. Rachel’s project explores how different communities, in different cultural contexts, respond to trauma and the effects of environmental disaster.

Overall, the day was a huge success. One student commented: ‘I learnt new ideas and different things that I didn’t know before so we can use it to help us in our writing and the library was fun to explore’. And if these young women can continue the trend of creative writing in the dystopian and apocalyptic mode, or in any other, then we know that writing, literature and books will survive in the future.

Susan Watkins is Professor in the School of Cultural Studies and Humanities and Director of the Centre for Culture and the Arts. She is an expert in contemporary women's fiction and feminist theory. 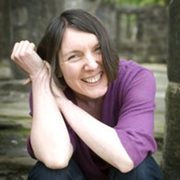