How Neanderthals help to assess our understanding of language and speech

by Dr Nicole Whitworth | 02/01/2014 |
A recent study, reported by the BBC on 20 December has found that it is likely that Neanderthals were capable of complex speech. Dr Nicole Whitworth reflects on the implications on our understanding of language and speech.

While this study not conclusively proves that Homo Neanderthalensis was actually using complex language and speech, it opens up the intriguing likelihood that at least the capacity for speech and language developed much earlier in hominid evolution than previously thought (dating back to the time of Homo Heidelbergensis half a million years ago). The finding therefore lends further weight to the theory that language is a result of gradual evolutionary processes, rather than of a one-off sudden mutation. It also supports an understanding of language as being intrinsically intertwined with the biological, social and environmental history of our genus rather than something that was given to us in a single event (as outlined in a recent review article). On a broader level, the study reminds us that language is a phenomenon which cannot be fully understood when studied in isolation.

In traditional Chomskyan linguistics, the capacity for language is generally seen as a purely cognitive and species-specific faculty. This has led to a focus on the study of the system of rules which make up the linguistic code. The medium through which we transmit the encoded message was deemed to be at the very least unimportant. One consequence of this approach is the need to stipulate the existence of a universal grammar module in the human brain. No such structure has been found so far. In contrast, other approaches, such as put forward by the cognitive scientist and trained phonetician Philip Lieberman, the psycholinguist and speech scientist John Locke, etc., assert that language is ultimately a product of our evolutionary history and therefore needs to be explained within a social and biological framework. The biological framework is determined by how our bodies constrain our experience of the world through our perceptual systems, our ability to produce signals to facilitate communication, and our brain's processing power and storage capacity. For example, the identity of the sound units used for symbolic representation in speech is determined by the limits of our auditory system and our vocal tract's capacity to produce sound. Similarly, in terms of the social framework, we need to understand how interactions between humans are facilitated through language use (i.e. the pragmatics of language) and how this has given us an evolutionary advantage over other species.

To understand the nature of language, we therefore have to have wider appreciation of its shape and its function. We have to investigate the medium through which we communicate and how this influences the way we communicate. This requires a multidisciplinary approach to permit a synthesis of ideas and findings which leads to a theory of language which can explain all extant linguistic and non-linguistic phenomena. It also requires some reflection (on both sides of the argument) on how our beliefs about ourselves as a species colour our interpretation of the evidence. This is illustrated to some degree by our reluctance to accept that Neanderthals may have had complex language; a reluctance which mirrors an older, discredited belief that languages used by so-called primitive cultures must be less complex than our own. 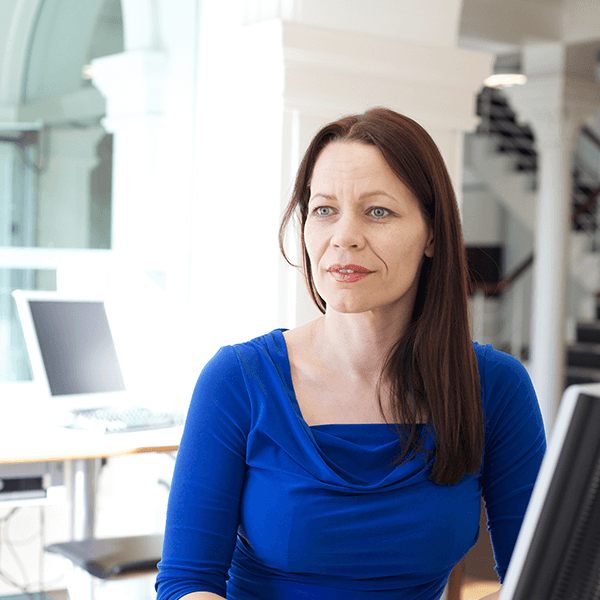 Nicole is a phonetician with an interest in how socio-biological factors impact the development of speech production. She has been teaching phonetics and phonology on the Leeds Beckett Speech and Language Therapy course since 2002.