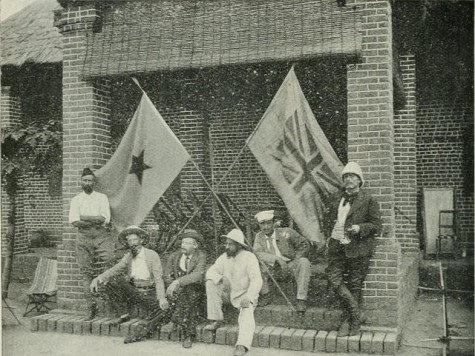 The Congo, 1885, from Scottish Geographical Magazine. Image used courtesy of the Internet Archive of Book Images.

On Saturday 22 September I participated in the ‘Europe Made in Africa: The Congo Free State in European Culture’ conference at the University of Uppsala, Sweden. The event launched a new European research network, ‘The Congo Free State across Languages, Media and Culture’.

Speakers considered representations of colonialism in central Africa and the impact of colonial history upon European identities, cultures, and politics. After welcoming words by Sarah De Mul (Open University of the Netherlands), we were honoured to hear from Bernard Porter (University of Newcastle) who reflected on aspects of his classic study Critics of Empire: British Radical Attitudes to Colonialism in Africa, 1895-1914 (1968). 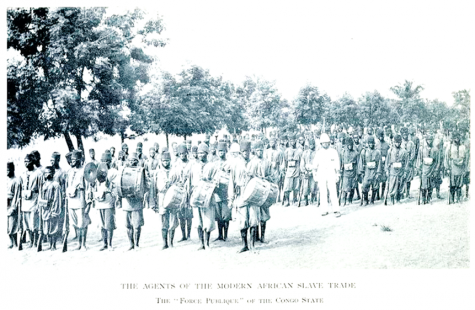 I then spoke about attitudes toward African armies in the Congo and in post- World War One Europe, before Bambi Cueppens (Royal Museum for Central Africa, Belgium) discussed photographs of the Congo Free State by the West African, H.A. Shanu. Susanne Gehrmann (Humboldt University Berlin) examined European fictions of the Congo, centring on works from Italy and Switzerland, and Christian Abrahamsson (Lund University) contemplated how, far from filling in the supposedly blank map of Africa, European geographers rather created blank spots to enable European incursions.

Finally, our keynote address was given by Stefan Jonsson and Peo Hansen (Linköping University) who presented findings concerning twentieth-century plans for the political merger of Europe and Africa from their new book, Eurafrica: The Untold History of European Integration and Colonialism (2014).

The day was extremely enlightening and I would like to thank the symposium organiser, Stephen Donovan (Uppsala), for his terrific hospitality. Thank you also to the event’s supporters, Riksbankens Jubileumsfond, the Forum for Africa Studies at Uppsala, and the NWO (the Netherlands). The next network event will be in be hosted by the Centre for Culture and the Arts at Leeds Beckett in 2015. If you are interested in hearing more about the research network’s activities then please do contact me.

Rob Burroughs is a cultural historian and literary critic working on the nineteenth century. He specializes in the areas of empire, humanitarianism, slavery and race. He has also published widely research on travel and tourism, particularly in marine environments.