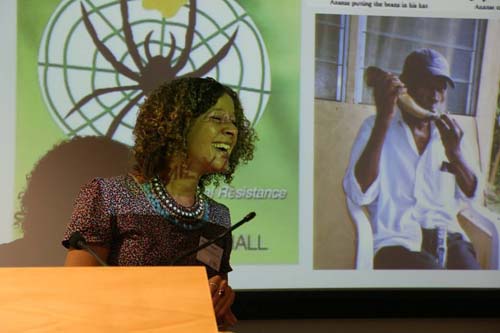 The event opened with author and researcher Michael la Rose, who has a long been involved in the Notting Hill carnival and is Chair of the George Padmore Institute, who discussed the evolution of Notting Hill carnival. Along with Professor Emeritus Dr. Max Farrar I examined the idea of the carnival as a medium of resistance to racism and state oppression. Max shared some of his extensive collection of photographs of the Leeds West Indian carnival, which date back to the early 1970s, followed by a discussion by fashion designer and art and design lecturer David Knight who examined the importance of carnival and dancehall fashion on identity formation.

One of the great highlights of the event was hearing the stories of the founder of Leeds West Indian carnival, Arthur France. Arthur talked about the struggles he faced in convincing people to start the Leeds West Indian Carnival in 1967 and his descriptions of having to buy chickens and pluck feathers for carnival outfits and local houses being transformed into a ‘mas camp’ were poignant and moving in equal measure. Max Farrar describes Arthur’s contribution to the event:

“Arthur France described the difficulties he had in establishing the Leeds carnival. He made us laugh, but it probably wasn’t so funny at the time. His friends at the United Caribbean Association in 1966 told him he was crazy. The police needed persuading, but his persistence paid off. Police Inspector Exley said Arthur’s passion and enthusiasm won him over.

“The council allowed him the use of the Town Hall and Lord Boyle gave him the use of Leeds University Refectory. The carnival team begged and borrowed materials and built costumes at Ian Charles’s (now manager of the West Indian Center) house while Ian was away engineering the M62. The sound of home-made steel pans brought the day to life on August Bank Holiday 1967. The first Caribbean street carnival in Europe was up and running. Arthur concluded: ‘I decided it would be run by West Indians, full stop. We’re always labeled as not being capable of running things. We’ve proved them wrong.’” 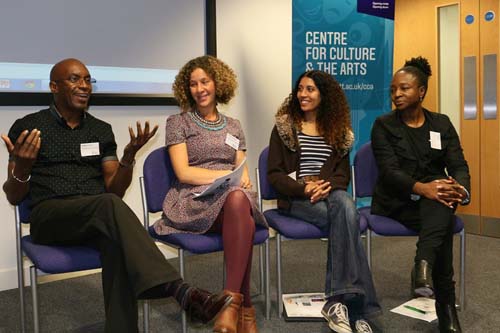 After lunch, Tola Dalibri, discussed the importance of carnival heritage projects and Yvette Smalle and Dr. Erika Laredo (Lecturers in Health and Community Studies, Leeds Beckett University) examined carnival as a site of critical social pedagogy. Hughbon Condor shared his 40 years’ experience of designing and making carnival costumes for the Leeds West Indian carnival; and Rhian Kempadoo-Miller and Kathy Williams from RJC Dance, the Black-British Leeds-based led contemporary dance company, examined the centrality of long term sustainability in both of carnival partnerships and use of materials. 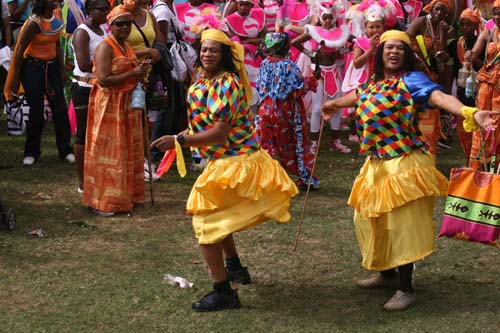 Laurence Grant, former Leeds Beckett English Literature student and editor of New African TV, a local media company who filmed and photographed the event, said: “With passions being traded throughout the conference, what initially seemed to be very different groups of people gathered in the same room, soon became a small Caribbean carnival community, enthusiastically discussing how to progress as a collective. Carrying this exuberance with them, the majority of attendees were able to enjoy the company of one another whilst indulging in a traditional, home-cooked Caribbean dinner at the Leeds West Indian Centre. With full bellies and even fuller creative minds, the Caribbean Carnival Symposium injected the much-needed momentum into a community that has previously been left underappreciated.”