On the evening of 16 November, in his role as an expert researcher on alternative music and sub-cultures, Karl Spracklen, Professor of Music, Leisure and Culture, was lined up with three other experts to discuss the history of the goth scene in Leeds, and its future.

The event – Black Planet – Leeds Goth in Perspective – was part of the bigger Goth City Festival, described by its promotional material as ‘a musical and cultural celebration of Yorkshire Gothic’. The focus of the festival was of course live performances by local goth bands old and new, but there were also poetry readings, pub crawls, and the panel discussion to which I was invited.

My involvement as an expert researcher on stemmed from my published research on goths written with Beverley Spracklen[1], and my work with Anna Richter and Beverley Spracklen on the eventisation of Leeds city centre and the marginalisation of alternative cultures[2]. The invite to be on the panel was also related to my recently completed project with Stephen Henderson and David Procter on memories of the F-Club, a space for punks and goths, which was opened and run in Leeds by the promoter John Keenan[3]. I was joined on the panel by Keenan himself, and two people representing different generations of Leeds goths: the musicians Rosie Garland of The March Violets[4]; and goth blogger/journalist Tim Synystyr.

Inevitably, Keenan and Garland entertained the full room with anecdotes about their roles in the history of the Leeds goth scene, and we all listened as tales were told about the keen-eyed musicians spotting things emerging that were about to be popular and changing their bleached white punkish hair to jet black. The provincial, northern, working-class nature of Leeds, and its post-industrial decay in the late 1970s to early 1980s, was highlighted as a causal factor in the dark feel of the music that became goth. The left-wing radicalism of goth was also identified as a reaction against neo-liberal politics, which made cities like Leeds grim with high levels of social exclusion leading to decay, crime and vandalism. I suggested there was nothing essential about Leeds that made it the home of goth, but the circumstances helped the scene grow quickly: the socio-economic climate, but also the agency of the musicians and promoters who made it happen.

Towards the end we were asked to discuss the future of goth. My colleagues on the panel were optimistic that goth in Leeds, and more generally, had a future: Tim Synystyr pointed to the internet as a space for keeping goth culture going, and this was attracting newer and younger people to the scene. As a goth myself, I want to believe the scene is healthy and don’t want it to disappear. But as a researcher in leisure studies and popular music studies, I think goth is in danger of being replaced by other alternative cultures, and losing its heart to people who think goth is only about dressing-up for Whitby. 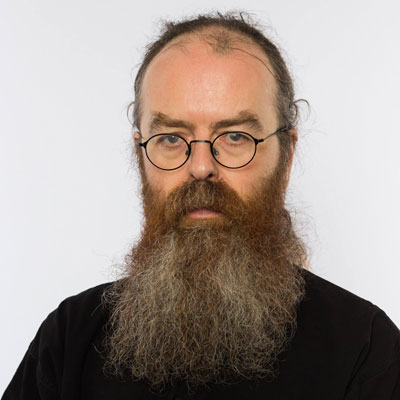 Karl Spracklen is a Professor of Sociology of Leisure and Culture based in the Leeds School of Social Sciences, and the Director of Research for Social Policy. He was previously a Professor of Leisure Studies here at Leeds Beckett University.