Why we need PR

Richard Bailey FCIPR MPRCA reflects on changes to the public relations industry over the last quarter of a century, ahead of Leeds Beckett's celebration of 25 years of PR education.

I remember what I was up to 25 years ago very well.

I was at the peak of my powers as a public relations consultant working with prominent technology sector clients.

This was before email and the internet had become widely adopted. I’d just had a carphone fitted in my new company car. Press releases (lots of them) were sent by post – unless you chose to walk to the fax machine.

But even more than my work as a PR consultant, I was especially proud of my track record of recruiting and developing talent. This is what ultimately led me to becoming a university lecturer.

Fast forward 25 years and I still take pride in helping others to succeed. It’s these graduate success stories that make me optimistic for the future of public relations.

The big challenge used to be to explain the role of public relations alongside marketing. (The answer, in B2B campaigns, was that public relations needed to come first as it served an educational role.)

Now it’s to explain the role of PR alongside search. A new industry has emerged in the past ten years that’s now larger than PR. Yet rather than replacing PR, digital teams and agencies desperately need PR skills. They need those who can connect people to content via influencers, just as we used to connect businesses to journalists via news.

But that’s no longer enough to ensure a bright future.

We need geeks who are keen to experiment and create something new. We need people who can see the magic in numbers because so much more can – and should – be measured today.

We need people capable of thinking and operating outside the usual silos of public relations, marketing, customer service and human resources.

When I was at university, I studied history. For the most part, history had already been written: you only needed to read and interpret it.

The future of public relations has not been written. It’s being created by some talented people, among them many Leeds Beckett graduates.

Just look at some of the forces at play. A retreat from globalisation and a return to nationalism; population pressures and climate change (however much you deny it); demanding customers and vociferous activists; mistrust in institutions; the relentless scrutiny of 24/7 news and social media.

Leeds Beckett University is celebrating 25 years of PR education on Tuesday 21 March at Leeds Business School and the Radisson Blu Hotel. The event will be a chance to hear from industry experts about contemporary PR strategies and to participate in a debate about ‘Fake News’. The debate will be followed by a guest lecture from the Executive Vice-President of Global Corporate Affairs for the InterContinental Hotels Group – Yasmin Diamond.

The celebrations will then continue into the evening with drinks, canapés, speeches and networking. 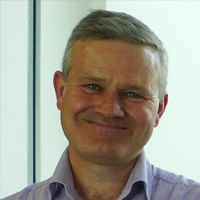 Experienced public relations educator; Fellow of the CIPR and member of the PRCA. Course leader for professional CIPR courses.