The nation is gearing up for a momentous occasion in the football calendar with many supporters rallying around the England squad.  We have seen the exuberant displays of fandom, from wearing the most expensive ever replica kit retailing at £110, the Southgate effect - a 35% increase in demand for waistcoats, to every person up and down the country signing ‘Football’s Coming Home’ from the roof tops with the ‘Three Lions single’ on track to be number one in the Official Charts this week. This all highlights the power of the ‘beautiful game’ and its impact on sport consumption around the world.

Regardless of the level of supporter, spectator or fandom you display there is no doubt that football resonates with a wide range of sport consumers both nationally and globally.  According to Mintel (2017) Football within the UK largely dominates the spectator market with 31.7 million spectators, leaving Horseracing (6.1m), Cricket (2.3m), Rugby Union (1.9m), Rugby League (1.8m) and Tennis (0.9m) all competing against each other for a very small proportion of the remaining market – creating a very crowded marketplace.

Sport has seen exponential growth which has been impacted by the professionalisation, commericalisation, and technological advances in the industry.   This is great for sport fans as we have more choice than ever before and can consume pretty much any sport at our finger tips, every hour of every day, anywhere in the world. However, this then creates a fragmented marketplace for sport organisations and event organisers as they try to understand consumer insight and differentiate their sport product offering to compete for our attention in this very busy landscape.

Usually at this time of year the British public are experiencing a different affinity towards an iconic British sport event experience. The Wimbledon Championship, is staged annually, this year 2nd July – 15 July, 2018, at the All England Lawn Tennis Club (AELTC) which equally has its social significance in British culture.  However, this year it falls right in the middle of the FIFA World Cup and with prospective television and streaming figures projected to be upwards of three billion viewers this makes it a difficult task to compete with.  Whilst we associate Wimbledon with all-whites, an iconic venue, strawberries and cream, Henman Hill or more recently Murray’s Mound, it is clear it does not have the same level of interest or demand in relation to a World Cup.  Football definitely has the ‘3 Lions share’ of the market as the most popular sport, but is there space for both events in the hearts of sport consumers?

From a sport consumer behaviour perspective, sport is very emotive which makes it different from most other products we buy.  This strong emotional connection, the uncertainty of outcome, entertainment value, star power and game attractiveness all link to our motives of why we connect, engage, view, attend and ultimately consume these events. However, what both events share is the strong social connection to national pride.  The very ‘British’ and ‘English’ connections that are unique to both events are resonating with the temporary fans. This is a sense of national identity and pride which is associated with the euphoria that takes place in a country during a major sporting event which should be capitalised on. Casual or temporary fans only show behaviours, usually dependent upon the success of the team, during a finite moment of time.  If the team or athlete is successful we ‘jump on the bandwagon’ or ‘bask in reflective glory’ termed (BIRGing) in sport marketing academic literature. The same is true if our team or athlete is not successful, referred as ‘cutting off in reflective failure’ or (CORFing) which is an emotional detachment from the unsuccessful team.

So, if England progress into the finals of the World Cup on Sunday 15th July it may be ‘Game, Set and Match’ for Wimbledon viewing figures!  However, with multiple devices and platforms in which we can consume sport we will likely be watching both.  At the end of the day we are becoming a nation of proud multi-tasking sport consumers. 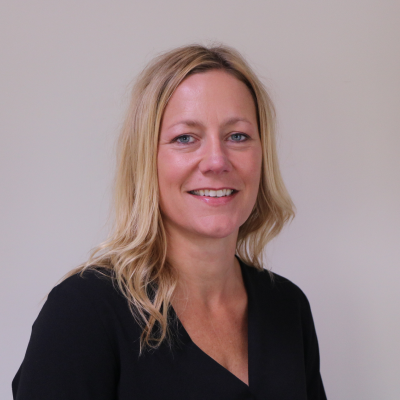 Kacy is a Senior Lecturer in Sport Marketing in the Carnegie School of Sport.