At a recent Leeds Beckett Innovation Network event, Jamie Morgan, Professor Economic Sociology, spoke about the opportunities – and challenges – of the rise of Artificial Intelligence. In this post, he considers the impact of the forthcoming ‘Fourth Industrial Revolution’.

As proponents of long-term statistics such as the late Hans Rosling or social philosophers such as Steven Pinker claim, we are in so many ways witness to human material and technological progress.

Our amazing achievements have made possible a world of long healthy lives, fridges, flights, fiat money and IVF. A meal can be heated in seconds through the excitation of molecules by targeted electromagnetic radiation. Things that would be experienced as magic by our ancestors are now quotidian. Curiosity, scientific method, and knowledge have changed both the world around us and ourselves.

Today, data is literally everywhere; raise a smart phone into the air and you are walking through a medium that contains the sum-total of human knowledge, information and fantasy, as well as every conceivable opinion, stray thought and sliding diphthong of bellicose anger, frustration and knee jerk indignation, or so it seems.

Progress, clearly, is in some ways in the Tweet of the beholder. Moreover, it exists in uneasy relation with our sense of potential, with how we distribute and with what we do compared to what we could. We live with the standing rebuke of poverty in a world of plenty, and the black humour of proliferating potholes in the sixth wealthiest country in the world, though both Rosling and Pinker provide important caveats.

'We are fictive, as well as factive'

In any case, there is an additional confusion created by the way we tend to conflate different realms. One of the great tensions of human existence is that the future is a product of the past, fashioned in the present, and yet profoundly difficult to accurately predict. We are a fabulously inventive species, and we are fallible. We are fictive as well as factive. We are also given to complacency and over-confidence in our capacity to master the world in which live.  One may conquer a disease but one cannot conquer the future or substitute certainty for contingency in a complex world.

This constantly throws up challenges - a need to stop and reflect on the nature of the societies we are creating. The future is not discovered - it is made.

One important challenge that is beginning to receive widespread publicity concerns a “Fourth Industrial Revolution”.

Together these seem set to create a “Kondratieff wave” effect. That is, their effects will be fundamental, and the whole of the socio-economic system will reconfigure around them.

However, it is important to place this possibility in appropriate context. History indicates there is no strict technological determinism. Technology does not develop in isolation from society, but rather in relation to how laws and social conventions shape attitudes, use and priorities, as well as how actual investment unfolds.

Fundamental effect and ineluctable future are not the same thing. It is potentially harmful when we start to confuse these two, since this leads to a disempowering attitude of “the future is coming and we better just get used to it” that tends to undermine public deliberation, and we are beginning to see just this possibility in current policy circles, albeit in sophisticated form.

Artificial Intelligence in the UK

Consider two recent government reports; the Department for Business, Energy and Industrial Strategy published its Made Smarter Review 2017 last October (Maier, 2017), whilst the House of Lords Select Committee on AI published its report AI in the UK: ready, willing and able? (HoL, 2018) in April of this year. There is a significant mismatch between the two. The report makes the important point that:

“The UK must seek to actively shape AI’s development and utilisation, or risk passively acquiescing to its many likely consequences. There is already a welcome and lively debate between the Government, industry and the research community about how best to achieve this. But for the time being, there is still a lack of clarity as to how AI can best be used to benefit individuals and society.”

The purpose of the two publications is different, but the difference is also a matter of approach that speaks to a problem with the Review revealed by the central claim in the report.

The Review does little to consider contingency and context. The Review narrows the issue of Fourth Industrial Revolution technologies to how assumed benefits will be realised through public-private partnerships.

Moreover, a careful reading of its content, methods, models and claims reveal that it simply puts aside any possibility of failure, harms or alternative outcomes, only a best possible scenario is considered and put forward: one where rapid adoption and dissemination of Fourth Industrial Revolution technologies results in a net increase in employment in the UK of 175,000 over a decade.

The Review sets out a policy position explicitly stated as a “there is no alternative”, and this is essentially a well-meaning appeal to “the future is coming and we had better just get used to it”.

This is understandable, it is how we traditionally approach policy documents, and yet it is potentially dangerous when policy concerns fundamentals. More needs to be done to promote public understanding and debate concerning technologies that may radically alter society, how we live, work and who we are.

There is, for example, a fundamental difference between an economy that denies work to the many and one that liberates the many from work. The difference is a matter of design and this is a contingency we ought already to be paying greater attention to.

It is not simply a matter where we can trust that the best case scenario works out, that a big bang of investment will lead to a society we want to live in rather than one we are forced to endure.

Jamie Morgan is Professor of Economic Sociology at Leeds Beckett University. He coedits the Real World Economics Review with Edward Fullbrook. He has published widely in the fields of economics, political economy, philosophy, sociology, and international politics. His recent books include Trumponomics: Causes and consequences (ed. with E. Fullbrook, College Publications, 2017); What is neoclassical economics? (ed., Routledge, 2015); and Piketty’s capital in the twenty-first century (ed. with E. Fullbrook, College Publications, 2014). 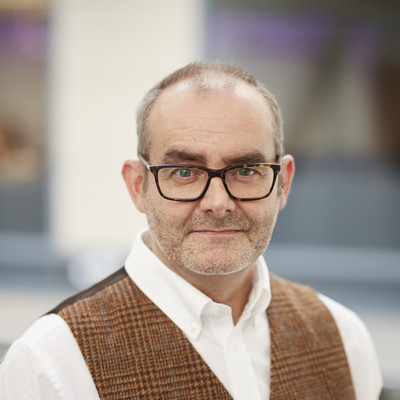 Professor Jamie Morgan teaches on the subject of the Economics of Financial Institutions and Regulation.