In this blog, joint lead for the CCA research strand on the Body Gender and Sexuality, Dr Melanie Chan, writes about her research into the connections between the body and technology. 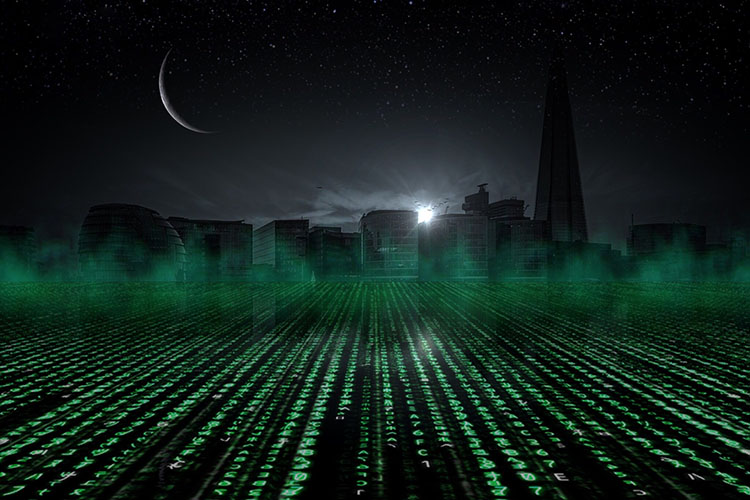 Further insight into the bodily aspects of technological experience can be found in her article about the body, movement and immersion in virtual reality, which is published in Refactory a journal of entertainment media, as part of a special volume about virtual reality: https://refractory-journal.com/vol30/.

The use of bodily metaphors to refer to sensory engagement with digital technologies is also discussed in more detail in her forthcoming book: Digital Reality and The Body in Contemporary Culture, which will be published by Continuum in 2019.

The recent film Ready Player One (dir. Steven Spielberg, 2018) which was based on the novel of the same name by Ernest Cline (2011), presents a scenario in which people escape their ravaged environment by immersing themselves in a virtual world called The Oasis. Notably it is the physical requirements of the body that bring people back to the real world (and these only occur in rare moments, when they are absolutely necessary). In this way, Ready Player One sets out a scenario in which virtual life appears preferable to life in the physical world. As such, Ready Player One is part of a succession of science fiction narratives that depict a thrilling virtual life which is set against a ruinous real world, such as the novel Neuromancer (1986) by William Gibson and films such as The Matrix (1999) and Avatar (2008). One of the problems with these science fiction visions of virtual life is that they create the impression that the limitations of the body can be surpassed using technology. It is not only science fiction that gives the impression that the limitations of the body, ageing and even death can be overcome using digital technology. For instance, a virtual Tupac Shakur performed alongside Dr Dre at the Coachella Valley Music Festival in 2012. More recently, there have been reports of a forthcoming tour by the Swedish pop group Abba who will be on stage in the form of avatars (or ‘abbatars’). Writing about these Abba avatars in an article for The Times, Matthew Moore (2018) states that ‘the band have been scanned using high-tech imaging equipment and “de-aged” to appear as they looked at their peak in 1979’. Moore’s remarks suggest that ageing is something that can be technologically tweaked, whilst the virtual Tupac offers a vision of digital resurrection. Yet, by looking closely we find that the body is central to how we think and talk about technology. Indeed, we use various bodily expressions to describe digital technologies, for example, there is the online social network Facebook and the videotelephony application called Facetime (videotelephony). We also talk about interfaces and purchase skins to cover our smartphones or tablet computers.

Furthermore, the concepts we use to make sense of the world around us are linked to the body and stem from infant development yet continue throughout our lives (Lakoff and Johnson, 2003). During infancy we engage with the world around us by moving our bodies and interacting with objects, such as toys. We create meaning from these interactions and this forms our basic concepts about the world before we can even speak. These basic concepts include cause and effect, inside and outside, here and there, presence and absence, up and down, backwards and forwards, front and back. For instance, the concepts of inside and outside are linked to the body and the skin as a boundary between us and the world. The concepts of inside and outside also give rise to the concept of containment, since our organs are perceived as being inside our bodies. In contrast, objects are perceived as existing outside of our bodies and in the world around us. These early experiences of interacting with objects in our world provide a foundation for language development and the conceptualisation of the world through metaphors.

We continue to structure meaning on the basis of our bodily experiences throughout our lives. For instance, as human beings stand erect on two feet when we are in good health, an upwards orientation is linked to positive concepts such as health and happiness. In contrast, when we are ill or when we die we are laid down, so downward orientation is linked to negative concepts. These metaphors of containment and presence are linked to the meanings that arise from experiences with digital technologies. For we talk about being immersed in virtual worlds or inhabiting avatar (synthetic) bodies. We also use concepts such as up and down when referring to how we navigate through the screens of our smartphones, tablets and desktop computers.

The metaphors we use to refer to digital technologies are important because they are linked to physical experience, our bodies and to making sense of the world. Our knowledge and understanding of the world is based on the sorts of bodies we have (their physical structure) and how we interact with our environment. As our environment is historically, socially and culturally specific, these factors also shape how meaning is produced and understood. What Lakoff and Johnson’s study of metaphor shows is that there are various aspects to our experience, knowledge and understanding of the world around us (the environment, other people and objects). So even our understanding of science fiction novels and films, or virtual pop stars that appear to offer ways of escaping the body are based on bodily metaphors. Therefore it is misguided to think that we can use technology to escape or transcend the body since it is our bodies that provide a grounding for our experiences and knowledge of the world in which we live.

Melanie Chan completed a PhD on Representations of Virtual Reality in 2007. She is now Senior Lecturer on the BA (Hons) Media, Communication Cultures programme at Leeds Beckett University.