As a call to remembrance, the Poppy flag will again fly above the James Graham Building during the week leading up to Remembrance Day on 11 November. No doubt many of us will wear red poppies on our lapels during that week.

In previous years it has been the custom for University staff and students, if they chose to do so, to join in the national two minutes’ silence marking a time of remembrance at the 11th hour of the 11th day of the 11th month (Armistice Day).

Armistice Day 2018 marks a significant anniversary as it is 100 years since the end of World War I. This year, the anniversary falls on Remembrance Sunday itself so, for most of us, no opportunity will arise for the silence to be marked whilst at work or study. We shall, however, all have the opportunity to be part of local acts of remembrance in the communities in which we live or to watch the annual service of remembrance at the Cenotaph in Whitehall on television. If you work on Headingley Campus, I would also encourage you to visit the memorial in the James Graham Building at some point during the week to read the names of those remembered there.

Every year we are called to remember and honour all the servicemen and women who were injured or killed during the two World Wars and in conflicts since 1945. None of this is about the glorification of military power nor of warfare. Indeed, my own approach is also to include in my remembering those of all nations who died in the conflicts and those who mourn them still.

I have joined in religious and non-religious acts of remembrance with other Christians, people of other faiths and those no faith every year during my ministry. It was a privilege for me to do so here at Leeds Beckett two years ago and to add a wreath of poppies to the memorial in the James Graham Building. For me, a significant moment during such services is the act of commitment:

Let us commit ourselves to responsible living and faithful service:

Will you strive for all that makes for peace? - We will

Will you seek to heal the wounds of war? - We will

Will you work for a just future for all humanity? - We will

Having recently called upon staff and students here at Leeds Beckett to a pledge of unity, I see our November remembrance as part of that commitment to unity and our working together towards a society of reconciliation, peace and justice. 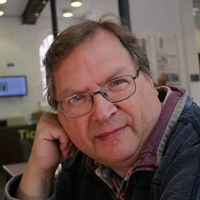