John Ruskin was born on the 8 February 1819, 200 years ago. To commemorate his bicentenary Keith Rowntree explores the links between the celebrated art critic and Leeds School of Art. 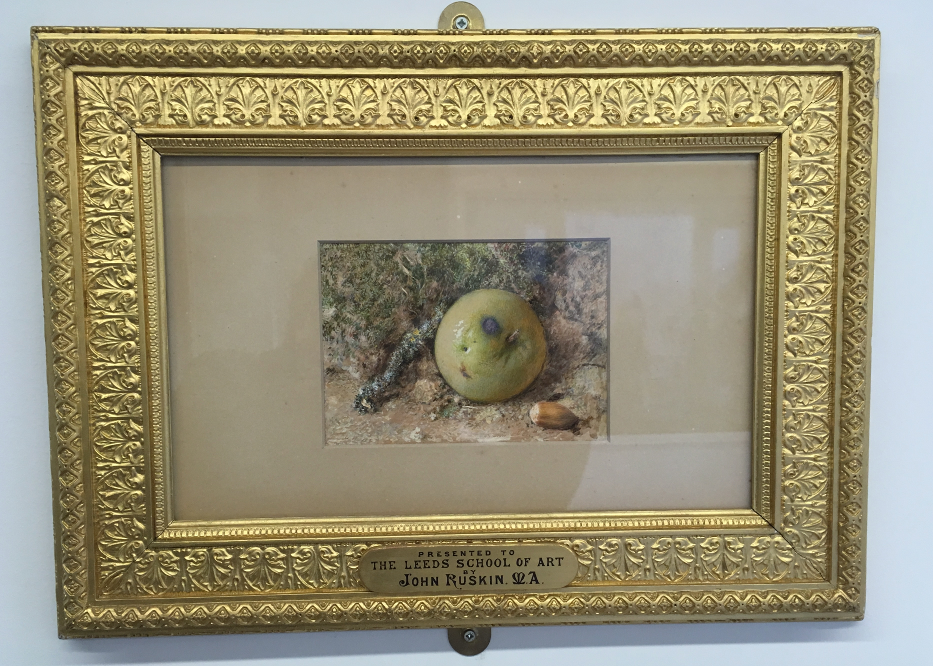 Even within his own lifetime, contemporaries considered him something of a polymath with interests ranging through art, social commentary, science and poetry. Throughout his life, Ruskin passionately tried to make connections between art and nature. His sensitivity to the natural world and the encroachment of industrial Britain in the nineteenth century has led many to regard his work as a precursor to environmentalism and sustainability.

Ruskin championed many artists, among them J M W Turner, William Henry Hunt, the Pre-Raphaelites and others. He encouraged the promotion of younger artists, especially those that embraced ideals similar to his own.  In this vein, Ruskin had the idea to commission exemplars of various artistic media and techniques that he would present to selected provincial art schools throughout the country. His aim was to make available to the schools a set of teaching aids of superior quality to inform and encourage students.

Ruskin declared Hunt, “the best painter of still life, I believe, that ever existed”. The two men became friends leading Hunt to give Ruskin lessons in the art of watercolours. In 1857, Ruskin commissioned Hunt to produce six small paintings as part of his art school project but Hunt’s enthusiasm for his part waned. Ruskin later wrote, “Yet no kindness and care could altogether enable him to work rightly under the direction of another mind, and the project was ultimately given up by me”. Hunt was in poor health, which may explain some of his reticence about completing the commission; he died in 1864, aged 74.

Hunt’s watercolour depicting an apple and hazelnut on a mossy background was presented to the Leeds School of Art in 1859. The Leeds Times enthused about the gift, “we must call your especial notice to the noble gift presented to us by one of the greatest modern art critics, John Ruskin - one of the most exquisite gems ever produced by that celebrated painter, Wm. Hunt.” He also presented the school with a set of photographs of Titian’s works and an etching by J M W Turner. There is anecdotal evidence that students continued their connection with Ruskin by sending him birthday greetings every year. A tradition of having a day’s holiday to celebrate continued until at least the late 1940s.  Hunt’s watercolour now hangs in the office of the Dean of Leeds School of Art, Architecture and Design and provides a direct connection with the original School of Art at Leeds.