Manchester City’s two-year ban from European competitions has put UEFA Financial Fair Play (FFP) back at the centre of the discussions among football media, experts and academics.

MCFC’s appeal against this decision promises to be the turning point for this contentious set of regulations. Many European clubs have seen them as conflicting with anti-competition legislation since its introduction in 2009. In 2012 the European Commission acknowledged that FFP rules accorded with European legislation, discouraging clubs from openly challenging FFP in front of the Commission. It has, however, left several important questions unanswered.

The first question centres around the meaning of the word fair. Manchester City was punished for inflating the sponsorship deals signed with companies connected to the club’s owner, Sheik Mansour. They failed to meet the requirement that all transactions from any ‘related part’ (i.e. a company or body connected to the club owners) must be a genuine transaction at a ‘fair value’. But why is the financial contribution of an owner, through equity injection or sponsorships, more unfair than the financial contribution of a corporate sponsor? Why, for example, is sponsorship from a betting company – forbidden in countries like Italy - regarded as fair, whereas the equity injection from a financially strong owner is judged unfair?

The second question links to one of the six fundamental objectives of FFP: to improve the economic and financial capability of the clubs, increasing their transparency and credibility. FFP rules must be met by European clubs to participate to a UEFA competition, meaning they are aimed at clubs in the top tiers of domestic leagues. However, it was rare for clubs in European top divisions to experience financial distress even before the introduction of FFP: the problems lie with the lower tiers of European football. Would it not be more beneficial for UEFA to work more closely with minor leagues to find viable solutions to this issue?

On top of that, Szymanski stated that the main effect of the introduction of FFP has been to make big clubs more profitable, by leveraging their brand exposure to increase revenues, reinvested in the transfer market. This led to a reduction in the competitive balance in the Champions League. The Herfindahl-Hirschman Index (HHI) is used to measure the dominance of big clubs in a league over a certain number of seasons. The closer its value to 1, the higher the number of teams that have won a competition in that time span.

FFP rules were fully enforced as of 2014-15 season. However, they account for the clubs’ financial behaviour in the three previous seasons: consequently, European clubs started to comply with these regulations in 2011-12 season. Therefore, if we consider the last 9 seasons, HHI was 3.6, with 5 winners and 9 finalists in 9 seasons. In the 9 seasons before introducing FFP, HHI was significantly lower (1.4); close to the ideal value of 1, with 7 different winners and 13 different finalists. This clearly shows how the level of big clubs’ dominance has increased, despite the fact that improving competitive balance, even though not explicitly listed among the FFP objectives, has been often mentioned by UEFA representatives as one of the motivations for its introduction.

The dominance of big clubs extends also to the domestic leagues, with 4 out of the 5 top European leagues – English Premier League is the only exception - dominated by one or two clubs in the last decade. This leads to the third question: if improving competitive balance is really a rationale for FFP, would it not be more effective the introduction of a European salary cap, given that this system has proven particularly effective in the American leagues (Kesenne, 2000)? The argument that it would be implemented across countries with different economies does not stand, as the American franchises are located in states with different local economies and markets. More likely, competitive balance is not such a desirable objective for European leagues, teams and fans as it drives neither stadium attendance nor TV audiences (Scelles et al., 2013, 2016; Scelles, 2017; Bond & Addesa, 2019, 2020).

The fourth and final question brings us back to the starting point. Even though the European Commission accepts that the peculiar nature of professional sport justifies adopting regulations conflicting with anti-competition legislation (similar to the US Supreme Court’s ruling in favour of the Major League Baseball in 1922), is it the job of an international governing body to regulate the financial behaviour of limited companies? Sloane (1971) holds that it is the prerogative of a league to act like a cartel where a collective of companies pursues joint policies and imposes sanctions and penalties for violations. Manchester City’s case reignites this debate, and may push big clubs to reconsider operating a closed or semi-closed Super League, similar to the Basketball Euroleague. This raises the issue of whether - or not - the admission criteria should include performance in domestic leagues, that is one of the pillars of the current international competitions.

Therefore, Manchester City’s appeal against the two-year ban will be the toughest challenge faced by UEFA FFP since its introduction. A ruling in favour of the public would probably bring these four issues back to the table and lead to a reconsideration – if not the dismantling – of the whole system. 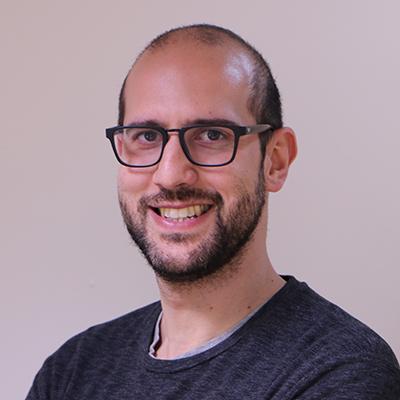 Francesco is a Senior Lecturer for the BA in Sport Business Management course at Leeds Beckett University. His main fields of interest are Sport Economics and Sport Management.