Maths or Money: Should mathematics decide the end of the Premier League?

COVID-19 has brought the world to its knees. Significant questions have been asked, from governmental preparedness to the depth of Donald Trump’s christianity. Similarly, big questions are being asked of the sports industry, especially football, which seems to be receiving intensive scrutiny.

For example, from among all the high-earning groups, Secretary of State for Health singled out English Premier League (EPL) players asking them to play their part (something they had already initiated). Similarly, EPL clubs were publicly ridiculed for using the government's furlough scheme for non-playing staff. Now, of course, 70% of firms in the United Kingdom (UK) are using this scheme.

Is this because football is managed-within-a-fishbowl more than any other industry? Or, because football is a social and cultural institution, both serving and belonging to the community, it is held to higher – and more morally-based - standards? Regardless, scrutiny has now shifted to when and how English football will return; particularly the globally popular EPL. This is white-hot right now; Germany and Italy have set out plans to return within weeks, and time is tight for finishing the current season before UEFA’s deadline of 25th May 2020.

As a football fan, I want nothing more than English football to resume, but how? We have numerous options from playing behind closed doors to cancelling the season. The EFL - comprising of the Championship, League 1 and League 2 - have proposed a plan to finish the remaining 326 games. Understandably, nearly every stakeholder will want the season to conclude for many different reasons. The main driver is money. Ensuring broadcast revenues is a priority because knife-edge financial models dominate football. I get it, but it is time to choose the safest option.

One view is that the safest option is not to conclude the remainder of the season. In football terms, with more than 43,000 deaths  COVID equates to four times the capacity of AFC's Bournemouth's Vitality Stadium, and that of Burnley's Turf Moor and Watford's Vicarage Road. It exceeds the ground capacity of more than 13 of the 20 EPL clubs, including Stamford Bridge and Villa Park. While 'behind closed doors' is functional, transparency may be sacrificed. Which clubs will follow every ‘rule’ when their club, their community identity, and their financial futures will rely on winning the title or promotion? Closed doors will put a massive – perhaps an unbearable - strain on football’s resources.

I am not proposing cancelling the season altogether and calling it void. That's unfair and against what football stands for. Why not use the mathematical laws governing leagues? I am not suggesting using predictions models to guess winners and losers, based on probabilities of what might happen. Instead, we could use playing performance up to now; i.e., using what has already happened. Our research shows that leagues follow mathematical laws; in EPL league position becomes relatively static after game 10. A club’s position at game 10 explains most - 76.9% - of the variance of change in league position. The current season is close to game 30; in our model that point explains 93.9% of league standing variation. Mathematically, then we can anticipate minimal shifts from this point. This is shown in Figure 1; as the lines drop, they indicate fewer changes in league position.

Figure 1. Variance in League Standing for EPL and EFL as the season progresses

Of course, the blind optimists will attest to their team’s capacity for Lazarus-like rejuvenation. This is a minimal – but double-edged – probability; clubs can also do worse. Given this pattern, to me it makes little sense to risk contravening social distancing for something that changes so little. Football's leaders can now confirm that they stand for ‘communities first’. These stand above the serious economic and financial concerns for the longevity and sustainability of the sport. Playing the remaining nine games will make little difference to current standings; instead, following the mathematical laws inherent in leagues can save the lives of unknown numbers of football fans, staff and front-line workers.

What should prevail, maths or money? 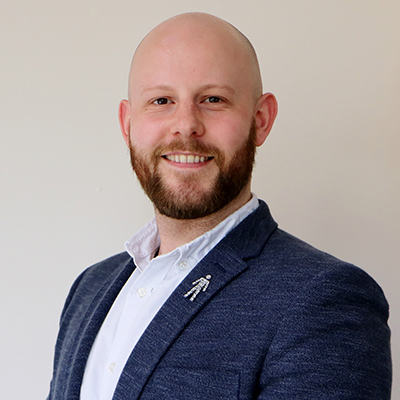