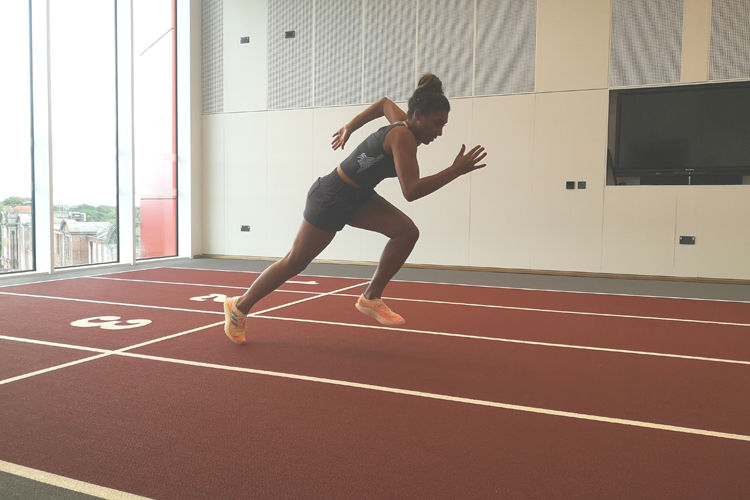 Sophie, a two-time Challenge Cup winner with the Rhinos, tested the shoe on the Carnegie School of Sport’s new 60m indoor running track and lab facilities during a full day of filming recently.

She said: “Everyone knows Adidas as a brand, and it’s been a dream to work with them. I’m just excited to see the end product now.

“When I was studying at the university, the new building was still being built. Seeing it now, it’s fantastic for the university to have a world-class facility on campus and I’ve really enjoyed being able to spend the day here.”

The new Futurecraft shoe uses 3D printing and robotics to create a tailored upper for each wearer, with the aim of giving athletes the edge on the track.

Sophie wasn’t the only Leeds Beckett graduate involved in the shoot, with Northern Film School graduates Matt Gentleman and Aidan Bryan staffing the cameras throughout the day.

“That Adidas chose to film one of our alumni at the Carnegie School of Sport is testament to both our high-quality sporting graduates and the top-class facilities we offer.”

To find out more about the Carnegie School of Sport, click here.