Friends Reunited pioneered social networking in the UK but it might struggle to compete a decade on from its original launch.

When it first arrived on the scene Friends Reunited enjoyed a great deal of success because it offered something new – the ability to connect with old friends over the internet. Now, thanks to Facebook and Twitter, such connections are now commonplace and the new site will have to come up with something original if it is to compete with the social media giants. What Friends Reunited nearly achieved was the establishment of prime real estate – a third party location on the internet that allowed people to locate and contact you. But the original site proved to be more of a fad. MySpace and later Facebook soon emerged and were able to outflank the site because they appealed to a wider demographic and international base than Friends Reunited.

Now practically everyone who was on Friends Reunited is on Facebook. What can the old site offer that Facebook can't? Nostalgia, perhaps. But that might not be enough to prize the audience away from much bigger and slicker social media sites.

Sean Dodson was the first journalist to break the Friends Reunited story. You can read his original report here. 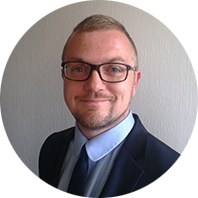 Senior lecturer and postgraduate leader in journalism at Leeds Beckett University. A judge of the 2012 Orwell prize.