With less than a month now to go until the Grand Départ, we're continuing our series of academic expert blog posts around this highly-anticipated event. This week, Professor Jim McKenna writes about the idea of sporting legacy and considers the likely impact that the Tour de France coming to Yorkshire will have on our cycling habits. 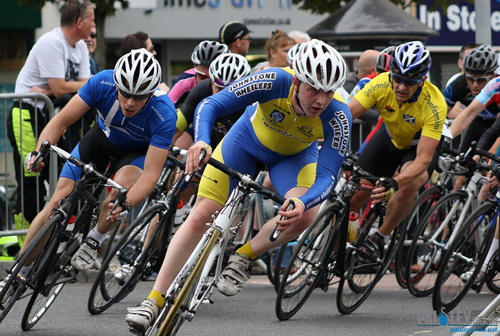 Perhaps like me, you may be growing weary of the claims that big sporting events deliver an entirely beneficent legacy? Currently, claims are for the bounty that will be delivered by Yorkshire hosting the Grand Départ (GD), the offshoot of possibly the world’s most contentious professional sporting event, the Tour de France. While I fully accept that the event will be spectacular, exciting and iconic, I want to take issue with one particular claim for legacy; that GD will galvanise an increase in numbers of active cyclists.

The recurrence of claims around sporting mega events suggests that they appeal to us so strongly that we are often ill-equipped to contest them. Advocates know this and attempt to blindside us using a well-known set of tactics; having tools to see beyond their claims is important. To do that, I will deploy three of Dennett’s* ‘intuition pumps’ to think more clearly about the claim that GD will generate more active cyclists; ‘Use lay audiences as decoys’, ‘Occam’s broom’ and ‘Sturgeon’s Law’.

Dennett urges us to consider the ploy of ‘using lay audiences as decoys’. How does this work? Given the appeal of iconic sporting events it is important to resist creating those audiences who become decoys. For example, public events create attention by featuring sporting figures – who often benefit from the funding that supports these events – who then pronounce on how fine events these are. After meeting a well-spoken, good-looking and medal-strewn athlete it is beguilingly easy to accept what the athlete and their benefactors will both assert. In that way, we easily become the audiences that act as decoys.

Dennett also endorses clearer thinking by considering what he calls ‘Occam’s broom’; when this broom is being used it whisks inconvenient evidence under the carpet. Under this ‘rule’ it would be wise to grasp the situation before the Tour gets here. Wielders of this broom may conveniently overlook that cycling is already on the rise. That is as much to do with good weather and post-recessionary financial belt-tightening as the GD; motorised commuting is an expensive business, whereas cycling is as cheap as chips.

Equally, advocates may find it helpful to ignore the effect of ongoing local level cycling promotions.  Using Dennett’s idea of ‘Sturgeon’s Law’, which is that ‘90% of everything is crap’, this allows advocates to overlook what already exists.  They can ‘claim’ – perhaps even without saying a word - that what they are endorsing characterises the 10% of good stuff.

All this might make you think, quite wrongly, that I don’t think there is a positive legacy from mega events. I expect that – for most of us – there is a positive short-lived effect, lasting no longer than a week or two at most. Further, since watching experts ‘do their thing’ – in any domain - is massively influential on those who are already committed, it will certainly galvanise that small group. I have a further, larger, hope for a GD legacy; it is that more people will look beyond the dubious assertions of those who are heavily invested in saying that things have ‘worked’, or been ‘improved’, no matter what the evidence shows. In universities we are expected to test claims; to look beyond selective, preferential interpretations of small sections of evidence and to see the bigger picture.