Dietitians in the media

This week is Dietitians Week and in today’s blog post, freelance consultant dietitian and Senior Lecturer in nutrition and dietetics, Ursula Philpot, takes a look at the changing role of dietitians in the media and in health-related television programming.

Until around 15 years ago it was extremely rare to see Dietitians on television.

Having discussed the reasons for this with my colleagues in the media it seems that:

Dietitians were perceived as being somewhat boring in approach e g they offered general healthy eating advice, but little else and were unwilling to take risks or try anything without huge amounts of evidence behind it, generally avoiding anything innovative or experimental -thus their style did not have a good fit for popular TV programmes. Dietitians themselves were understandably reluctant to engage in programmes where any part of the content could be perceived as sensationalist or not usual practice, and few had any robust media training. This left a big gap into which food/ health-related programmes employed self-styled nutritionists without formal qualifications, but offering radical diet solutions and a “finger wagging” style that made for popular television viewing, despite the fairly obvious  lack of robust science or evidence for long term change.

However things are changing. We have had a more proactive approach from the BDA (the Association of UK Dietitians) in getting Registered Dietitians (RDs) into TV and media positions, and alongside this TV and radio media have begun to take a more responsible role for health related programming in which they try hard to ensure that the experts they employ are experienced in their field with suitably recognised qualifications. More Dietitians (RD) are getting involved, and beginning to work with TV and radio more and more frequently. However, there are still a lot of unqualified nutritionists who are regularly in the media lime light- these range from pioneers of alternative approaches that may have a future, through to some ill-thought-out, sometimes outright dangerous advice. In the past Dietitians had little opportunity to challenge and engage in the arguments about alternative nutrition approaches- instead choosing to boycott these media platforms, and alternative practitioners’ altogether. Again this has begun to change and with the growth of platforms like twitter, ideas and arguments about nutrition are played out by all. The BDA has succeeded in developing a much more responsive Media centre and is engaged much more in promoting RD’s and challenging media companies who use unqualified nutritionists and \or promote misleading or dangerous claims. The Trust a Dietitian campaign\week came about for this very reason.

Having worked in TV and Radio I’m keen to get other RDs involved. There is still some reluctance from the profession to fully embrace TV, twitter, blogging etc as valid forms of health promotion. This leads to RDs criticising often popular programme\nutritionist \emerging ideas as sensationalist or unethical rather than engaging with them and trying to challenge and shape them. In order to get more Dietitians into the media in the future I believe we should be promoting our engagement with multimedia platforms as part of a core role in health promotion, and our public health role. All Dietitians that are interested should be offered robust media training and encouraged to take up media spokesperson positions. As a profession we should seek out and engage with alternative viewpoints rather than avoid them- thus promoting a balanced perspective on topical and emergent dietary ideas, and concurrently promoting Dietitians as the professionals that are trusted with nutrition. 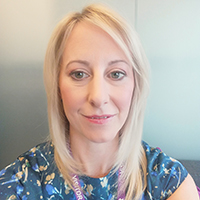 Ursula is a freelance consultant dietitian and senior lecturer in nutrition and dietetics, providing specialist nutritional consultancy to the media, companies and individuals. She has extensive experience in NHS settings, specialist eating disorder services and runs her own private practice.