In this blog post, Stephen Wagg, Professor of Sport and Society in the Carnegie School of Sport, reflects on the recent debate over injuries incurred by junior rugby players.

For several years Prof. Allyson Pollock of Newcastle University and others have been conducting a campaign designed to raise awareness of the serious injuries incurred by junior rugby players and to persuade sport and national authorities to introduce appropriate safeguards. Recently, on ITV’s Good Morning Britain, Prof. Pollock, persistently hectored by the right wing host Piers Morgan, confined herself to the polite (and correct) observation that Morgan wasn’t taking the issue seriously. Morgan’s response was typical of the treatment the campaign had encountered. This is because it had disturbed a hornet’s nest of assumptions about gender and competitiveness which reach deep into our culture and the culture of societies like ours. As this article seeks to show, the debate over these assumptions has a long history.

In November 2014 I took part in a symposium about children’s sport and injury organised by Prof. Pollock. To a greater or lesser extent, all those present were concerned about the dangers to young limbs - particularly of collision sports, such as rugby. The two rugby codes were two of five sports due to receive government funding through the relevant quangos and our session culminated in a submission to the House of Commons Health Committee Inquiry into the Impact of Physical Activity and Diet on Health, reminding administrators of their duty of care to young rugby players. Prof. Pollock also published a book expanding on the dangers and on occasion could be seen on television calling for tackling to be banned in children’s rugby.

The media framing of our case was predictable enough. For ‘balance’ Prof. Pollock’s remarks were interspersed with those of school sports coaches and retired rugby internationals  who asserted that tackling was what the children wanted, that the game built ‘character’ and that rugby would be destroyed if tackling were not allowed. Days later our apparently humane and responsible suggestion was being condemned by various bodies and spokespeople with varying degrees of venom. If we were surprised, we shouldn’t have been. Since the second half of the nineteenth century, people who tried to make sport safer for the young have risked opening a political can of worms. 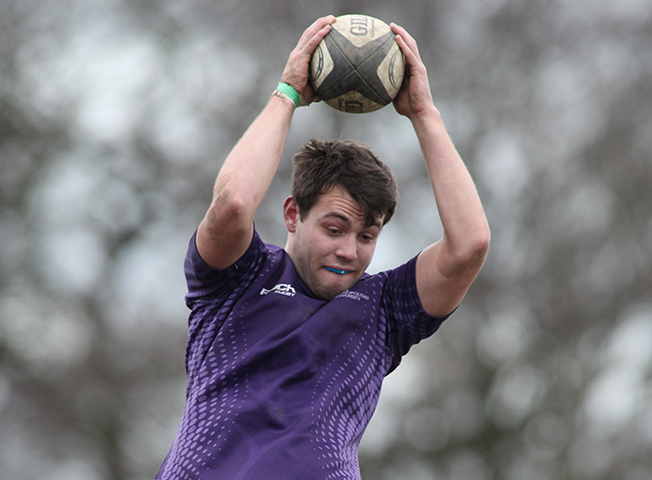 Many of the antecedents of modern sports lie in Britain’s elite private schools and, by today’s standards, they were very dangerous. The in-house public school games from which modern rugby was developed were rough-and-tumble affairs and, in the early 1870s, following the establishment of the modern rugby code in 1871, there was a prolonged dispute over the practice of ‘hacking’ – tripping and/or kicking an opponent on the shins in order to dispossess him. As the game’s leading historian Tony Collins records, hacking had been integral to the game played at Rugby School where pupils chose to wear white socks so that the blood drawn could be more clearly seen: ‘bloodied shins were a badge of honour’[1]. Indeed when in 1870 The Times published a letter from ‘A Surgeon’ expressing disquiet over the number of injuries caused by hacking angry Rugby old boys either disputed his claims or insisted that the practice was perfectly legitimate. Leading rugby players such as Francis Maule Campbell of Blackheath argued that to abolish hacking would take ‘all the courage and pluck out of the game’ – ‘pluck’ being perceived as a trait setting British males apart from lesser men such as the French.[2]

Tough sport expressed a similar nationalism in the United States, where in the 1880s rugby was developed into the markedly rougher game deemed by its proponents to be more in keeping with American national identity. Deaths and serious injury in American college football were so frequent that there were calls for its abolition. These calls were headed off in 1905 by President Theodore Roosevelt, who counselled moderate reform so as to salvage the ‘necessary roughness’ entailed in American masculinity.[3] Those who sought to do away with this game and its ‘homicidal features’ were soon, and have remained, in retreat.

In Britain today it is scarcely easier to confront the physical dangers of sport than it was in the United States in the early twentieth century.

Among the many folk devils thrown up by Conservative Party strategists in the early 1990s, and still retailed by the popular press, is the ‘trendy teacher’ who teaches through praise, recognises no wrong answer and insists that ‘all must have prizes’. Prime Minister John Major drew on this confection when, to loud cheers, he announced to the Conservative Party Conference of 1994 that team sport was ‘part of the British instinct’ and that the government would be ‘changing the National Curriculum to put competitive games back at the heart of school life’[4] (One can almost feel the anger of Tory delegates at the thought of feminists and other ‘bleeding-heart’ progressives trying tamper with the national grit.) It was also soon clear that the government was creating an ideological climate in which a policy shift toward elite sport and centres of excellence, at the expense of sport for recreation, could be accomplished. This policy shift was announced in 1995 with Sport: Raising the Game, a strategy document signalling that the country should now seek as a priority to be among the medals in top international sport.[5]

In 2002 Tony Blair’s ‘New’ Labour administration endorsed a further policy document called Game Plan, affirming the priority given to elite sport, promising support for bids to host mega events, such as the Olympics, and accepting that such events, although promoting a ‘feelgood factor’, would not be expected to lead to greater sports participation.[6]

First, competitive sport has become a political shibboleth with Labour MPs often taunted for their supposed opposition to it. (Labour, sadly, have been all too willing parties to this charade: in Beijing at the handover of the Olympics in 2008, Prime Minister Gordon Brown once again slew the imaginary monster. ‘We want to encourage competitive sports in schools’, he announced, ‘not the 'medals for all' culture we have seen in previous years’.)[7]

Second, a nexus of quangos, individual governing bodies, centres of excellence and corporate partners now clusters around British elite sport and is seen as supporting the nation’s flagships as they sail forth into the next Olympics, the upcoming cricket Tests and the rugby Six Nations competition. Not surprisingly, this nexus has thrown up numerous contradictions. For example, the manufacturers of (manifestly unhealthy) fast food and fizzy, sugar-laden drinks have been welcomed as sponsors of elite sport. Moreover, following the 2012 Olympics in London, which had been supposed to ‘inspire a generation’ to take up sport, the Conservative-Liberal Democrat coalition government of David Cameron moved to scale down the School-Sport Partnership which sent sport coaches into schools, while simultaneously using the fact that several British gold medal winners had been privately educated to rebuke state schools, once again, for their lack of attention to competitive sport. And many universities are now either ‘partners’ to top sporting bodies or conduct research for them.

To raise questions about the advisability of tackling in children’s rugby, then, is to collide not only with this nexus but with old-established ideas of gender and nation and with contemporary political common sense. So the rush to rebut our claims about the dangers of rugby was perhaps to be expected and has strong precedent. Given the official rhetoric of ‘wellbeing’ it was also expectable that our rapid rebuttal would be delivered in the vocabulary of science: we have been accused, predictably, of having ‘insufficient evidence’ and in September 2017 Prof. Pollock was castigated by World Rugby for ‘her extreme and alarmist conclusions [which were] simply not supported by the data.][8] But one could not but think that other and deeper factors were in play, and that we had actually challenged something very fundamental. Indeed, Steve Brown, chief executive of the Rugby Football Union, admitted that science was a side issue and that, ultimately, ‘the values and quality of our sport far outweigh the risks attached to it…’[9] This, in turn, brings us close to Tony Collins’ observation that sport is ‘a metaphor for, and a reflection of, everyday life in capitalist society.’[10] Improbably, to warn against the possibility that a boy might break his neck in a loose scrum during a schools rugby match is, implicitly, to question, not only the giant edifice of corporate sport but that whole pattern of everyday life.

Stephen Wagg is a former lecturer on the history and politics of sport and on the mass media at Leeds Beckett.