Black Friday - many in, some out

In this blog post, Dr Dong Hoang, Research Fellow at the Leeds Beckett Business School, reflects on Black Friday and why some retailers decide to opt out.

Between now and Friday we will be deluged with references to what has become the busiest day in the retail calendar.

There will be no escaping the discount posters and promotions, news of the incredible deals and amazing bargains.

The meaning behind the name ‘Black Friday’ is debatable but most suggest US retailers began the trend, held on the day after Thanksgiving. It marked the day that people were on holiday and could be persuaded to begin their Christmas shopping.

Shops could expect to make a profit (go into the black) after having been “in the red” for the previous months.

The US tradition was promoted to the UK in 2013 by select retailers, such as Asda and Amazon.

Since then, Black Friday became a significant November retail event. While many retailers found Black Friday’s profitable sale event a good way of reaching out to consumers, some are sceptical and others even withdrew from participating.

In 2016, Marks & Spencer, Next, Jigsaw, Fat Face and even Asda didn’t participate. In fact, Asda has not taken part since 2015 - only two years after it started.

This year, the list is longer: Primark, Ikea, Homebase, Selfridges and maybe even Apple have decided not to take part. But, why? There are some underlying reasons for this:

The beginnings of consumer disillusionment with Black Friday?

The below figures from Mintel show December sales (which is a five-week month in retail sales data) as a proportion of the full year sales between 2010 and 2016. December’s share was rising steadily as we came out of the recession and peaked in 2013.

2014 was the first year when Black Friday had a significant negative impact and more so again in 2015. But in 2016, December bounced back.

Retail optimisation specialist Periscope by McKinsey found that out of 1,570 people questioned in the US and UK, 48% of UK shoppers have no plans to take part in Black Friday.

42% of UK shoppers said the event was a marketing trick, used by retailers to convince them they are getting a good deal.

A 2017 report by Tuttle into consumer psychology of Black Friday suggests that shoppers are in an era of distrust. When people are routinely confronted with high percentage discounts, they never know when a deal is a good deal. In addition, shoppers also experienced the advertising goods for sale that are not actually available (out of stock). So, shoppers don’t necessarily expect huge deals.

Despite some discouraging factors about Black Friday, the increase in online sales drives the popularity of Black Friday in the UK.

Online was also one of the main reasons why retail sales in December grew in 2016. It is clear from 2017 consumer research by Mintel that more gifts were bought online than in-store.

Although consumers don’t expect exceptionally good deals, they perceive that - at the very least - they won’t be ripped off when buying Black Friday promotions.

In this regard, retailers who choose to opt out of Black Friday may lose opportunities to capitalise in online sales during this period.

Dr Hoang is a Research Fellow at Leeds Beckett Retail Institute, within the Business School. Her research interests centre on sustainability, ethics and growth in the global retail and supply chain context.

The Retail Institute is the UK's only academic research centre that leads the consumer experiences of the future in retail, food and packaging. 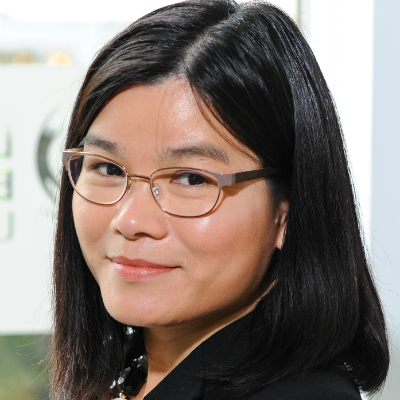 Dong is a Lecturer in Marketing at Leeds Business School. Her main research interest is in the areas of retailing, online shopping and retail supply chain. Before taking the lectureship role Dong was a Research Fellow at The Retail Institute.