In the first Leeds Business School Guest Lecture of 2019 sponsored by Yorkshire Bank, Will Holman one of the Bank of England’s two representatives in Yorkshire provided some significant insights into the state of the economy ahead of the UK’s departure from the EU.

More than two hundred students and professionals packed the lecture theatre in the Rose Bowl to hear Will provide an articulate exposition of the state of the UK economy.   The following are five messages taken from the lecture: 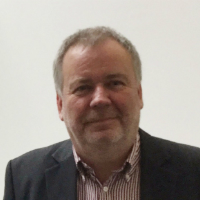 Professor David Devins undertakes applied policy research for a range of clients including the European Commission, Department for Work and Pensions, local authorities, the UK Commission for Employment and Skills and the private sector. View Profile