England Expects: Getting an inside track on the pressure of expectations for the England team ahead of the 2018 FIFA World Cup

by Andrew Manley and Helen Heaviside

It’s only hours until England take the centre stage at the 2018 FIFA World Cup in Russia and English fans will be cheering on their nation, hoping for victory. As the team have been preparing for the World Cup, the number of media reports making reference to expectations around how they will perform have started to soar.

Headlines in some media reports are indicating that England are competition favourites, however in other instances, reports are suggesting low expectations for the home nation. This speculation about how athletes will fare is a central focus of media reporters’ attention in proximity to competitions on the world stage. For the athletes about whom these reports are written, these expectations can be challenging to manage, regardless of whether they are positive or negative.

For professional athletes, such as the England football team, who have the hopes of the nation on their shoulders, expectation management can be a stressful experience. For the last five years, we (Helen Heaviside, Dr Andrew Manley, Professor Susan Backhouse, Dr Faye Didymus) have been conducting research which has looked at the consequences of expectations in high-performance sport. This research has explored the experiences of athletes who have been the focus of expectations published within media reports ahead of major events. Findings of this research has demonstrated that high-performance athletes experience expectations from a wide range of sources including but not limited to the media, coaches, the public, family, friends, and the sport’s national governing body. These expectations can have both positive and negative consequences for the athletes. Positively, the expectation can increase their motivation to train and give them a timely confidence boost. However, expectations can be unrelenting and difficult for the athletes to manage, particularly if they are frequently conveyed in close proximity to a major event, and where athletes have not had much experience of dealing with expectations on the world stage. In such instances, the expectation can become more detrimental than beneficial, resulting in consequences such as a fear of failure, perceptions of pressure, nerves, reduced confidence, and magnifying the athletes’ own expectations of themselves. As an ultimate consequence, performance can falter. Our research has revealed that performance expectations can have both short-term and long-lasting consequences for the athlete. In fact, one athlete reported a number of symptoms associated with Post-Traumatic Stress Disorder (PTSD), which she experienced long after a major event where she was the focus of performance expectations. The athlete described feeling unable to talk openly about her experiences of the expectations, due to worry of being perceived as weak – suggesting the presence of what has recently been described as a fear culture within sport. For many high-performance athletes, there is pressure to live up to the label of “hero” or “superhuman” that is so often reinforced within sources such as media reports. Therefore, although we may not realise it, our expectations of athletes may reflect our admiration and support towards them, however these expectations can actually be detrimental to our much loved heroes.

So what can England’s World Cup players do to manage the expectation? The athletes who have participated in our research have advocated a number of strategies they found useful. Most notably, the athletes said that they focused on controlling the controllables, meaning that they would identify and focus on things which were under their direct influence (e.g., nutritional intake, sleep hygiene, and other elements of the athlete’s pre-performance routine). Expectations from others would represent something largely outside of the immediate control of the athletes, and therefore they would keep their focus away from these. Avoidance is another strategy reportedly used by high-performance athletes in managing expectations. Examples of this would be athletes taking steps to avoid seeing, hearing, and reading any expectations, sometimes through methods such as ignoring social media. Indeed, this is a strategy that is already being advocated by the England manager, Gareth Southgate. Athletes have also found it useful to actively distract themselves (e.g., by reading a book, playing pool, socialising with others) to prevent thinking about the pressure associated with expectations, which is also something that Gareth Southgate appears to be urging his players to do. The athletes should also put the event and expectation into perspective – after all, it is not a life or death situation, despite what Bill Shankly might have said!

And, what can we all do to help support the England football team and their head coach manage the performance expectations? Whether we are coaches, practitioners, and/or football fans, we should be aware of our expectations and their potential to influence our behaviours towards these athletes (e.g., touchline gestures; the pre-game team talk in the dressing room; comments posted on social media). It is promising to see that this is something already being considered by Gareth Southgate when talking about his expectations of the England squad. Also, if we truly consider ourselves to be part of the athlete’s support team and have their best interests in mind, we should take responsibility for creating an environment in which athletes can feel comfortable to share their experiences openly and without fear of judgment. This is certainly relevant to our research regarding expectations and their consequences, yet goes far beyond this. In closing, if we really want to show our adoration for these inspirational people, we could do so much more than expressing what we expect them to achieve. 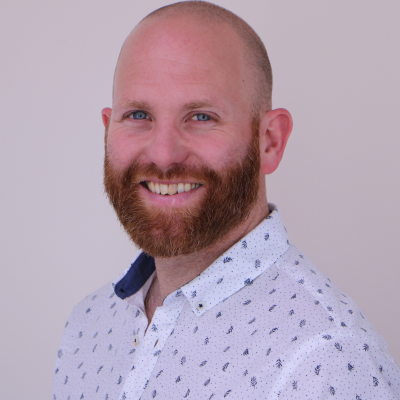 Helen is a former Graduate Teaching Assistant in Sport and Exercise Psychology. Her specific areas of expertise are expectations and media effects, both of which were explored within her PhD research. She is also a Fellow of the HEA.