Why do we need to know what parents think of Physical Education and School Sport?

While there has been substantial research that explores the influence of parents on children and young people’s engagement with physical activity and sport, to date there has been little research of parental beliefs about, and perceptions of, Physical Education and School Sport (PESS), especially in the UK.

That said, a recent YouGov survey of 2,071 adults – many of whom were parents – commissioned by the Youth Sport Trust, identified that the majority of respondents value PESS and suggested it should be a core subject in schools alongside, English, Maths and Science.

While this study provides some insight, it lacks context with regards to how parents, specifically, value primary and/or secondary school PESS, along with their understanding of what is being delivered and why. Further research in this area is important because parents’ beliefs and values are thought to be a driver behind how they influence children and young people’s behaviour and development in schools.

To date, only two studies have attempted to address the lack of understanding of this area by exploring what parents, in America, think and feel about Physical Education (PE) specifically. A study by Sheehy (2006) reported that parents felt that PE was of less importance in comparison to other academic subjects. They also assumed that they knew what their child’s PE classes encompassed by drawing on their own PE experience, and were unlikely to seek information about their child’s actual experience. In a more recent study by George and Curtner-Smith (2018), parents believed PE encompassed playing sports and participating in physical activities, health-related fitness, and personal and social development. In their study, many parents contrasted PE with, what they considered to be, “academic subjects” and believed there was little or no possibility of their children “learning” anything useful during PE lessons.

These studies contrast, somewhat, with the UK findings of the recent Youth Sport Trust study mentioned above. This survey reported that many adults (including parents) believe PESS, has wider benefits including enhancing academic performance, physical fitness and mental and social wellbeing. Despite these initial findings that explore adults’ values of PE and Sport more broadly, we still know very little about how parents, perceive both primary and secondary PE specifically.

Moving forward, we need to further and better understand how parents perceive and value PESS in the UK specifically. This is particularly important since parents’ perceptions may shape pupils’ perceptions of PE, and how it is valued and perceived. To this end, research by PESS academics within the Carnegie School of Sport, is set to explore how parents perceive their child’s PESS in both primary and secondary school. This research will seek to understand what parents expect their children should gain from PESS along with what PESS should teach their child(ren) and how? Parents’ views do matter and with these insights we can better prepare our PESS undergraduates and PE teachers to recognise the different ways to collaborate with parents. Alongside PE teachers, parents should also be seen as influential in helping to install a positive outlook towards PESS and physical activity in later life.

Michelle joined Leeds Beckett University as a Senior Lecturer in Physical Education and Sport Pedagogy in August 2015. Prior to joining the Carnegie School of Sport Michelle held academic positions in the University of Limerick, in Dublin City University and in Mary Immaculate College (Ireland). 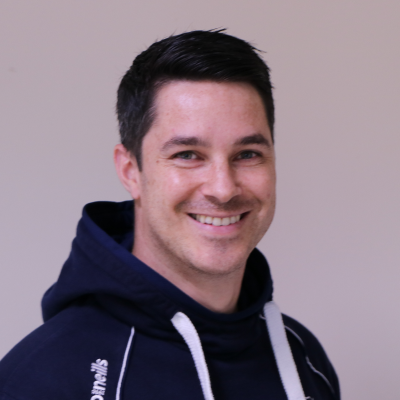 Tom is a Senior Lecturer in Physical Education (PE) and Sport Pedagogy. His research explores the role of sport and PE for youth from socially vulnerable backgrounds, specific care experienced children and young people.

Danielle joined Leeds Beckett University as a Senior Lecturer in Physical Education and Sport Pedagogy in September 2016. Prior to joining the School of Sport she was in Dublin City University, Ireland, completing her PhD in youth physical activity and working as an assistant lecturer on the PE course.