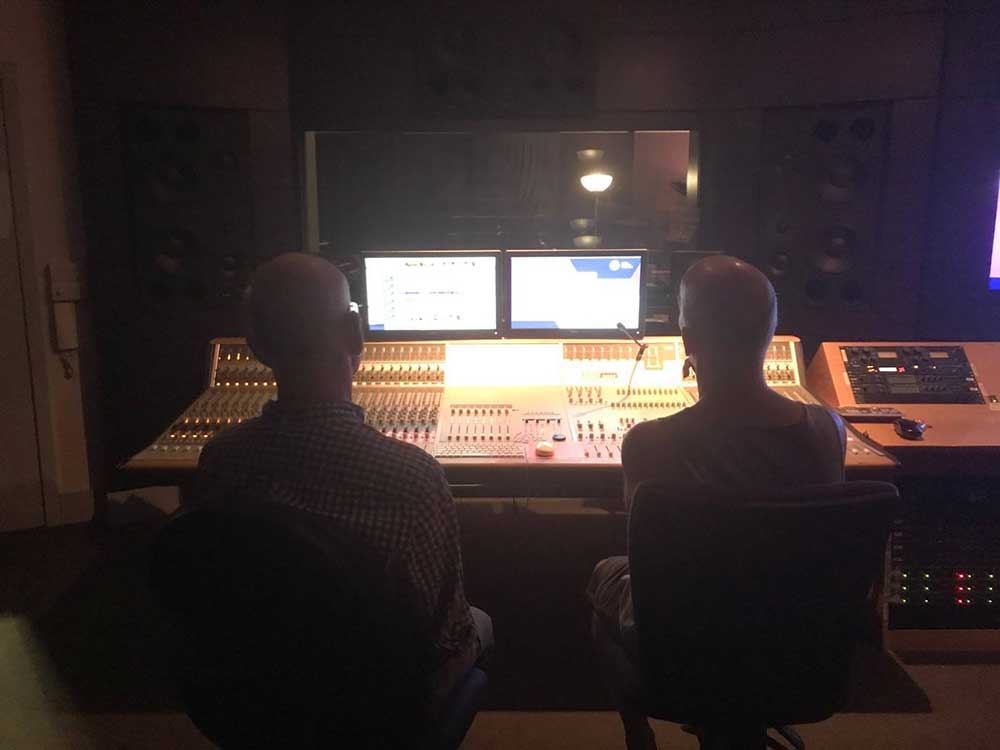 The song which was specially written and performed by Leeds resident Pete Spafford for the ‘Knowing the Score’ conference explores the American sport of Roller Derby. The track amongst a number recorded within Leeds Beckett University’s state of the art music studios was produced by Phil Shacklady, an alumni MA Music Production Student from Leeds Beckett University.

Phil Shaklady who recently completed his studies at Leeds Beckett University said ‘I had a wonderful time recording with Pete, Dave, Owen and Maddie. It was an incredibly easy and enjoyable recording process and I thank them for their efforts, patience and willingness to experiment. I also learned some new recording techniques so in that regard, this was very valuable experience for me. I am really proud of the final product, and I hope that people enjoy it just as much as I enjoyed producing it.’

Whilst recording the winning song commission Pete Spafford and his band were also joined in the studio by Ken Scott, legendary engineer/producer to the stars (The Beatles, David Bowie, Elton John and Supertramp) and Lecturer in Music at Leeds Beckett University. Ken who acted as an honorary member on the ‘Knowing the Score’ song commission judging panel also supported the final mix of ‘Let her Through (The Roller)’ and was left impressed by the end results.

Reflecting on his experience Pete Spafford concluded ‘I thoroughly enjoyed the Knowing The Score experience from start to finish. I began writing the song without any hope of winning the competition and was surprised - and delighted - to win. The conference itself was informative and entertaining, and it was great to perform the song to the delegates at the end. The recording process, however, was the highlight. I was massively impressed by Phil Shacklady’s expertise in the shiny LBU studios, and it was good to meet Ken Scott (producer to the stars including David Bowie and Elton John). The fact that by the finish we had produced 3 tracks with an eclectic band of piano, bass, fiddle and vocals beyond the original song commission was a bonus.

‘Let her Through (The Roller)’ which features as part of a 4 track EP was released on 20th September 2019 and is now available to listen to / download via Bandcamp and Spotify.