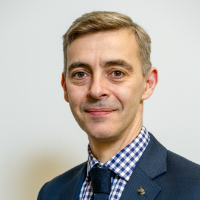 Andrew joined Leeds Beckett University in November 2007. During this time he has acted as the group leader for Sport Coaching. He has been involved with the development of numerous undergraduate and post graduate degrees in the area of sport coaching. One of the most pleasing aspects of his work is seeing graduates from these courses gain professional roles making positive impacts in the development of young people and other coaches.

Andrew has most recently been involved in developing and delivering a Post Graduate Diploma in Coach Development to coach developer within The English Football Association.

My research interests lie in the areas of:

This research has directly impacted on the design and content of our undergraduate and postgraduate degree courses, as well as impacting on coach development policy for several agencies including UK Coaching and The Football Association.