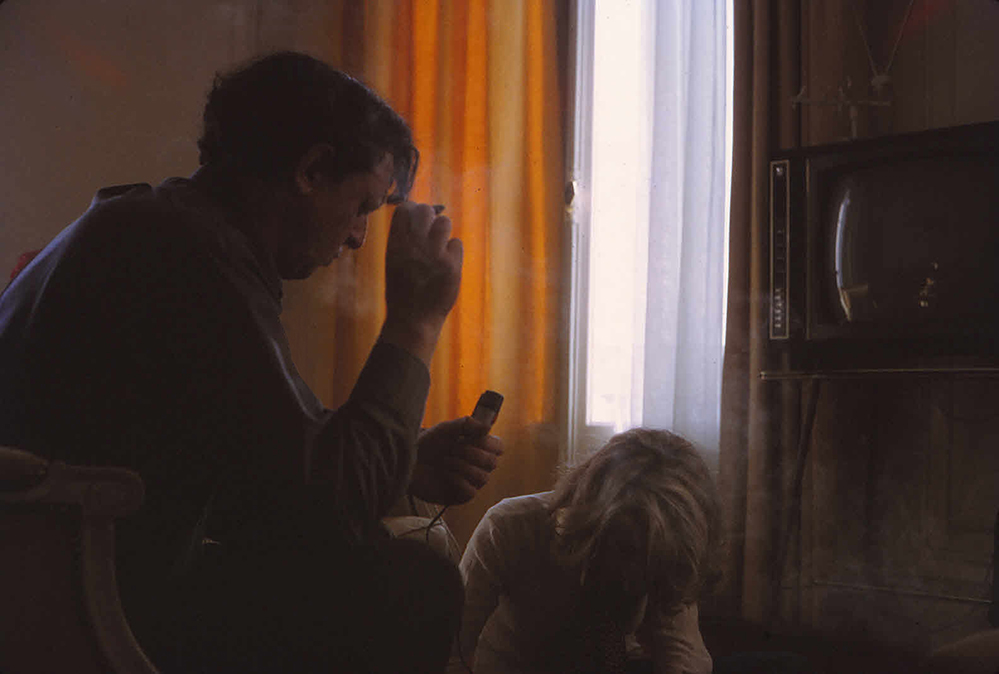 Given access to a unique archive of 1,000 audio cassettes recorded at home, lectures, vacations, lunches and on answering machines by Burgess’ second wife Liana, I invited artists, musicians and recent graduates to have sonic conversations with the content. These remixes are being released as a double-sided vinyl with essays by myself and the Foundation Director Professor Andrew Biswell and some unseen family photographs from the archive, alongside two sides of rare original material from Anthony, Liana and their son Andrew. 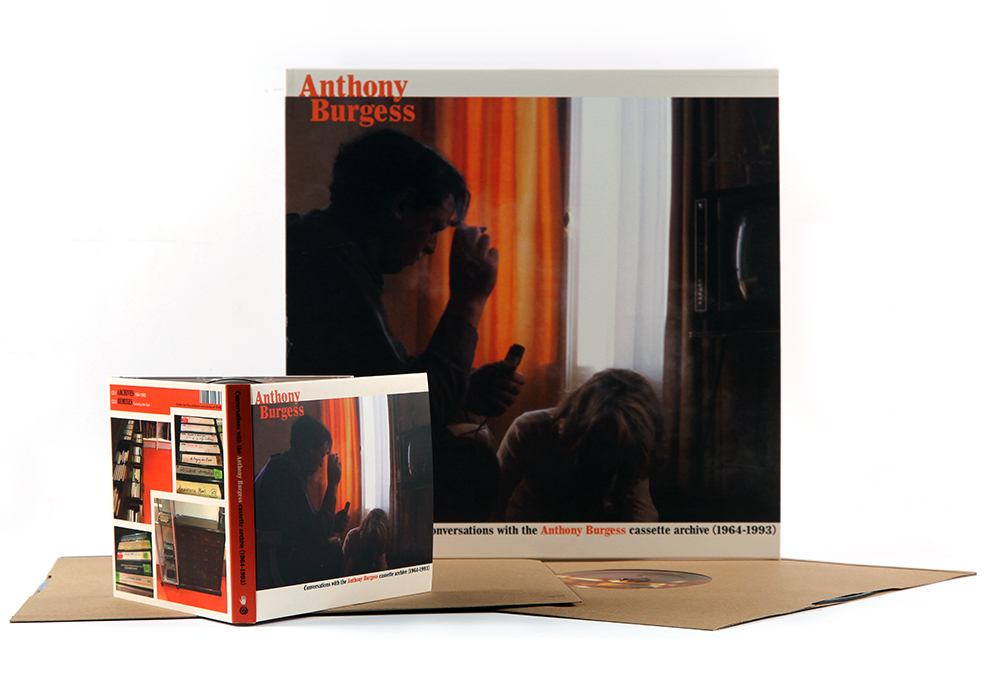 When first invited by the Foundation to consider a project with the archive, it became very clear immediately that this is a unique portrait of not only Anthony Burgess but of his son Andrew and second wife Liana who carried a cassette recorder with her at all times. We are able to listen back to domestic disagreements, rehearsals, sounds from open apartment windows, children playing and answering machine messages. For this project, we selected a first batch of significant recordings from around 1,000 cassettes and invited a range of artists, musicians and recent graduates to have ‘conversations’ with them. 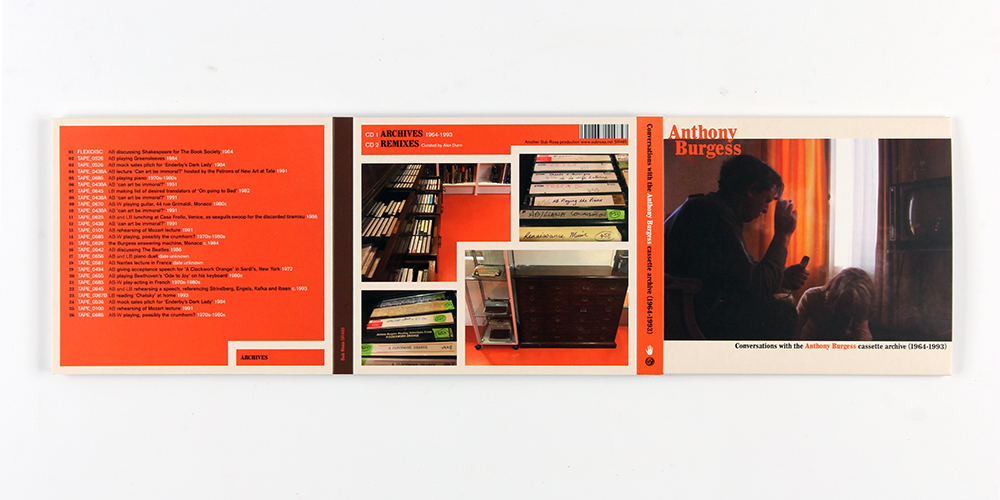 The first side of the album explores the voices of the Burgesses as they meander through language, wrestle with recording devices and convey affection. The second side revels in the sonic textures that Liana’s incessant recording on analogue devices produced. Together we wanted to create a family portrait that is so much more than ‘A Clockwork Orange’ – although it is referenced – and is instead a series of conversations about why we keep pressing the record button and the urges we have to layer, re-order and stretch words and sounds. The collaboration with the Foundation and their archive team has been very creative and we are honoured that SUB ROSA are working with us on this and their input has been invaluable and very influential on the inclusion of the original archival material, the majority of which is being made public for the first time. 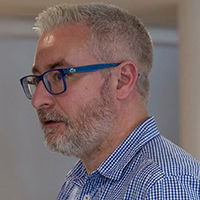 Alan Dunn studied at Glasgow School of Art and School of the Art Institute of Chicago. His research explores new models for curating content for non-gallery audiences and his recent PhD considered the relationship between sound art and the everyday.